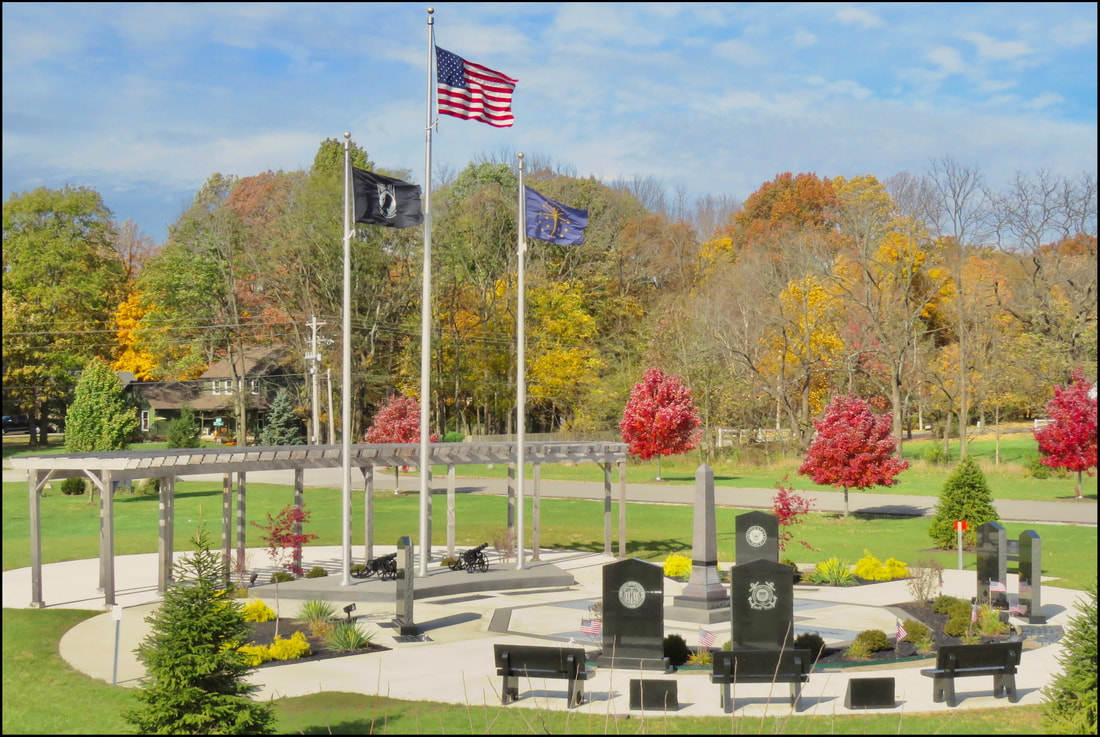 The Veterans Memorial, here in New Palestine,
began as an idea, a concept, by Post 182 members
back in 2002.

There was some difficulty finding suitable and available ground, and finally, after literally years of searching, the Sugar Creek Parks board agreed to let the Legionnaires build near the entrance to the new park!
Construction began soon after, with Sons commander Dave Mummert, a building contractor, and Post member veteran Bob Robertson, also in the building trades, heading up the charge.
There were supplies to be ordered, donated materials to gather, deliveries to schedule, funds to be raised, commemorative brick orders to process, volunteers to coordinate, a few thousand hours of on-site construction labor to be done, landscaping to arrange, and the whole of the Legion Family membership did it's best to chip in.
Several months later, and it actually looks like the Veteran Memorial these dedicated members had envisioned so long ago.
The annual American Legion 182 Memorial Day ceremony in 2017 (pergola, canons, landscaping not yet finished) drew the largest Memorial Day crowd the Legion members had yet seen!
Also pictured: a foggy day in the fall, the Christmas wreaths lit up on Christmas Eve, and a snowy First Day of Spring. 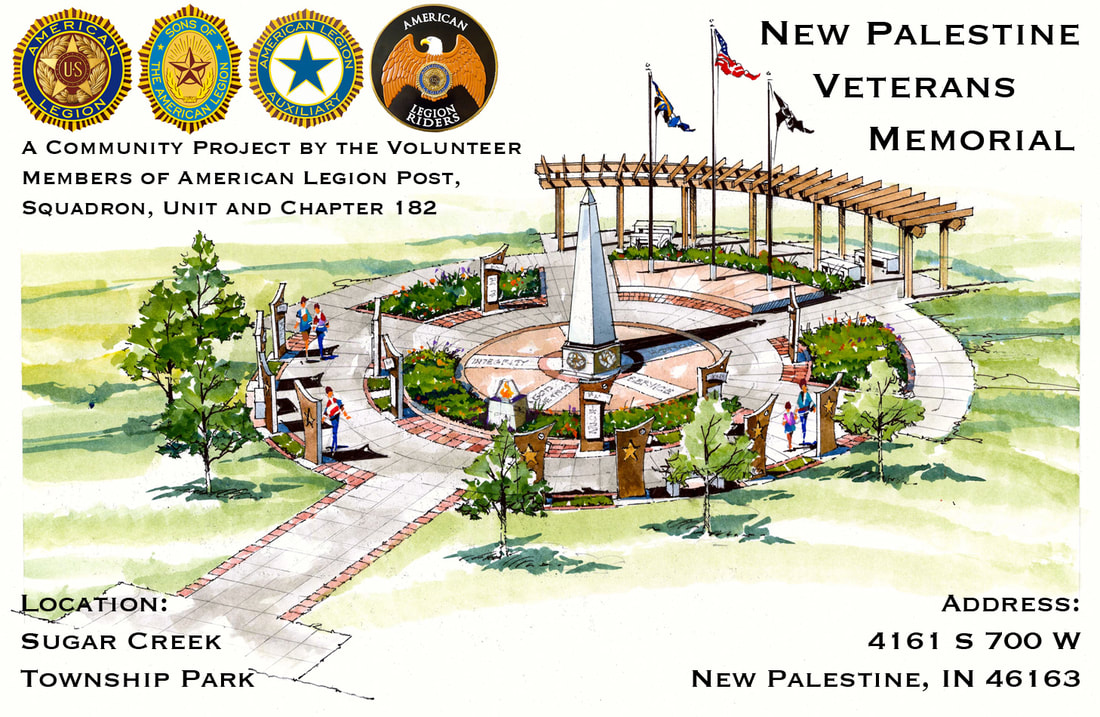 Commemorative Bricks to Honor
​an Active Service Member or Veteran